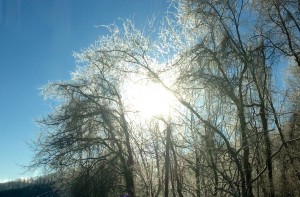 We take a step through this darkened doorway of stillness called Winter Solstice. As we do, let us remember….

…that darkness holds the seeds of tomorrow gently in her cold hands, and cradles them as she sings her Winter song of purity.

…that without knowing the depth of darkness, one can never fully appreciate the magnificence and fullness of the light.

…that as you venture deep into your cave of dreams, wrap your heart in the loving blanket of trust that lines this womb of the Divine Feminine.

…to give our unexplored potential to the fearless creativity of the darkness.

…the endless possibilities of creation that our dreams and visions hold.

…our joy as we reflect on who and what we love, and how we might better serve them.

…the inner peace that only illumination can bring as we shine our hope, dream our future, and fully awaken a new reality that nurtures, loves, respects, and rejoices in the beauty and Sacredness of all.

May the magic of the Winter Solstice fill your heart and soul with all of the abundance that Life has to offer. 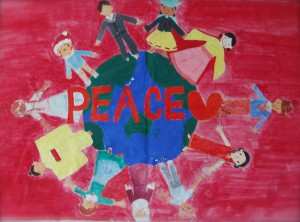 I feel a deep sense of responsibility in honoring the enormous sacrifices made by the sons and daughters of all nations in their military service to their homeland. Some make the ultimate sacrifice, but all make a sacrifice on some level. They deserve to be acknowledged for that and treated with due respect.

Individuals step into the role of ‘warrior’ for many different reasons and I will never pass judgment on them for that choice. However, I do feel immense sadness for those who have been ‘fooled’ into service by the seduction of blind patriotism or the enticement of a ‘better life’.

November 11, 1918 signified a cease fire in a horrendous war where almost 30 million were killed or injured and another 7 million were taken prisoner. The celebration of cease fire was originally named “Armistice Day” in the United States to commemorate the end of World War I and to provide “…exercises designed to perpetuate peace through good will and mutual understanding…..inviting the people of the United States to observe the day in schools and churches…..with appropriate ceremonies of friendly relations with all other peoples.”

Congress later deemed it necessary to pass a resolution and rename this day of dedication to the cause of world peace.

In 1954, that name was changed to Veterans Day and I believe lost its original intent and focus with that alteration.

As a devoted promoter of peace and nonviolence, I never served in my nation’s military. I respect all veterans for their choice. I also choose to do all that I can to live peace, with the belief that one day we can actually recognize each other as members of the same human family, to be loved and respected for our differences and individuality.

One way I choose to do that is by supporting my local chapter of Veterans For Peace. Their statement of purpose is clear and direct, “We intend to abolish war as an instrument of national policy.” I thank them as they courageously stand up to their opposition with relentless fervor. The horrors of war linger with painful memory and they stand down from aggression, violence and arrogance.

By allowing the original intention of this holiday to be changed from a focus on peace to only honoring veterans, we exclude the huge numbers of victims – the civilians, the innocents – who also paid an enormous price. We focus on the warrior and in doing so continue to glorify and uphold the aggressive and violent military action of nations worldwide.

In 1986 a group of scholars and scientists from around the world met and arrived at mutual understanding about violence. The Seville Statement on Violence challenged findings that have been used to justify violence and war:

IT IS SCIENTIFICALLY INCORRECT to say that we have inherited a tendency to make war from our animal ancestors.

IT IS SCIENTIFICALLY INCORRECT  to say that war or any other violent behavior is genetically programmed into our human nature.

IT IS SCIENTIFICALLY INCORRECT  to say that in the course of human evolution there has been a selection for aggressive behavior more than for other kinds of behavior.

IT IS SCIENTIFICALLY INCORRECT  to say that humans have a ‘violent brain’.

IT IS SCIENTIFICALLY INCORRECT  to say that war is caused by ‘instinct’ or any single motivation.

(read the entire statement here: http://en.wikipedia.org/wiki/Seville_Statement_on_Violence)This statement was adopted by UNESCO at the 25th session of the General Conference 11/11/89.

As the ringing of bells announced the signing of that Armistice so many years ago, I add the sound of a crystal bell every November 11, at 11 minutes after 11 to remind myself of that original Armistice Day pledge of peace. I have grown fond of this ritual as I find bell ringing a more peaceful practice than gun salutes and fighter plane fly-overs.

As a citizen of this world, I take this day to acknowledge those who have sacrificed and remind myself and others of our continued role in making the necessary changes to enhance our experience together on this planet and make immediate strides forward, together, in creating a culture of peace that is ours, should we choose to claim it.

“Just as ‘wars begin in the minds of men’ peace also begins there. The same species who invented war is capable of inventing peace. The responsibility lies with each of us.” – Seville Statement on Violence, Spain, 1986 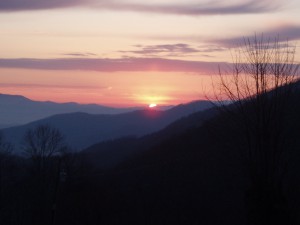 Well, here we are again. Time for ringing out the old, and ringing in the new. I hear many talking about 2014 and sounding eager to push it to the curb so that the ‘new’ can be welcomed, that clean slate feeling. You know the one. We hand off the torch, once again, and look to the future for the change we feel is needed so desperately in our lives and in the world today.

Setting new intentions for this next revolution around the sun without making necessary internal changes allows for the opportunity to convince ourselves that we’re actually leaving those old patterns and habits behind. We’re starting over. We’re getting things settled and making way for those new plans, projects, relationships, and actions we feel are missing from our lives. We’re going to do things in a different way next year. Hmmm. Really??

Maybe we are fooling ourselves. Fooling ourselves into believing that our past can be ignored so easily and effortlessly, like stepping through a portal and immediately seeing the fresh beginning that hasn’t been available before.

Because, the thing is, it’s always available. It’s available in every moment of our lives. Each new instant provides the opportunity to shift an attitude, remove a judgment, and begin to see the ways our old habits are holding us back and keeping us in the past. Every second holds a spark of potentiality for a new beginning. A beginning that leads us out of the place of despair, unworthiness, doubt, or fear and into a place of harmony, peace, contentment, community, and hope.

On this day, I propose something fresh, something truly life-changing that can help bring about the tranquility we seek. Instead of keeping the true change ‘out there, somewhere in the future’, let’s make a pledge this year to set New Day Resolutions. With the dawning of every day we have a chance to forgive, love, have gratitude, walk softly on the earth, be gentle with ourselves and others, live with integrity and impeccability, tell the truth, and be of service.

Every day provides an opportunity to heal our own inner wounds that harbor anger, fear, abuse, violence, judgment, separation, and self-degradation. Every day we stand at a crossroads and make a choice. We either remain in that place that feels so familiar and comfortable, or we step outside our safety zone and learn something new about ourselves and our latent potential.

Will your choice be to continue to perpetuate your old patterns that no longer serve? Or will it be to embrace that past that simply holds your teachings, and make the necessary adjustments within your own heart that allow you to step into that Circle of ‘the ones we have been waiting for’?

“I think in terms of the day’s resolutions, not the years.” ~ Henry Moore